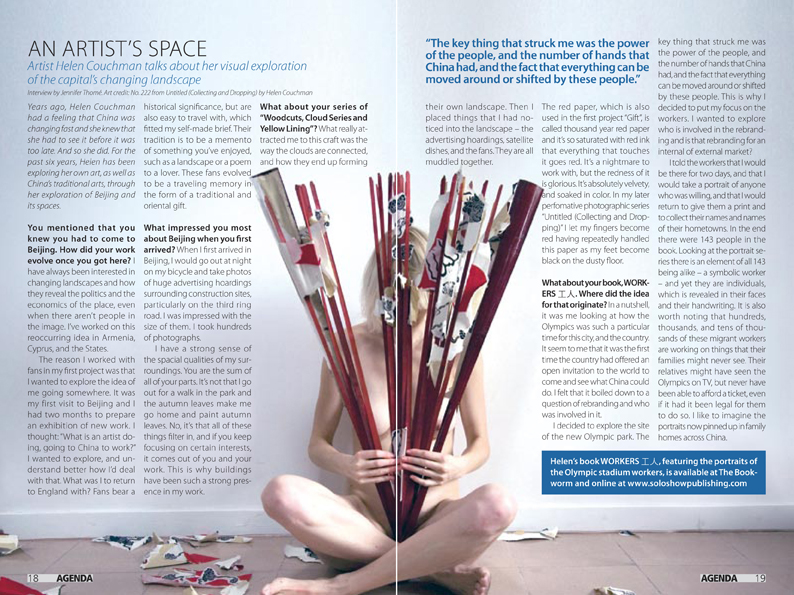 Years ago, Helen Couchman had a feeling that China was changing fast and she knew that she had to see it before it was too late. And so she did. For the past six years, Helen has been exploring her own art, as well as China’s traditional arts, through her exploration of Beijing and its spaces.

You mentioned that you knew you had to come to Beijing. How did your work evolve once you got here? I have always been interested in changing landscapes and how they reveal the politics and the economics of the place, even when there aren’t people in the image. I’ve worked on this reoccurring idea in Armenia, Cyprus, and the States. The reason I worked with fans in my first project was that I wanted to explore the idea of me going somewhere. It was my first visit to Beijing and I had two months to prepare an exhibition of new work. I thought: “What is an artist doing, going to China to work?” I wanted to explore, and understand better how I’d deal with that. What was I to return to England with? Fans bear a historical significance, but are also easy to travel with, which fitted my self-made brief. Their tradition is to be a memento of something you’ve enjoyed, such as a landscape or a poem to a lover. These fans evolved to be a traveling memory in the form of a traditional and oriental gift.

What impressed you most about Beijing when you first arrived? When I first arrived in Beijing, I would go out at night on my bicycle and take photos of huge advertising hoardings surrounding construction sites, particularly on the third ring road. I was impressed with the size of them. I took hundreds of photographs. I have a strong sense of the spacial qualities of my surroundings. You are the sum of all of your parts. It’s not that I go out for a walk in the park and the autumn leaves make me go home and paint autumn leaves. No, it’s that all of these things filter in, and if you keep focusing on certain interests, it comes out of you and your work. This is why buildings have been such a strong presence in my work.

What about your series of “Woodcuts, Cloud Series and Yellow Lining”? What really attracted me to this craft was the way the clouds are connected, and how they end up forming their own landscape. Then I placed things that I had noticed into the landscape – the advertising hoardings, satellite dishes, and the fans. They are all muddled together. The red paper, which is also used in the first project “Gift”, is called thousand year red paper and it’s so saturated with red ink that everything that touches it goes red. It’s a nightmare to work with, but the redness of it is glorious. It’s absolutely velvety, and soaked in color. In my later perfomative photographic series “Untitled (Collecting and Dropping)” I let my fingers become red having repeatedly handled this paper as my feet become black on the dusty floor.

“The key thing that struck me was the power of the people, and the number of hands that China had, and the fact that everything can be moved around or shifted by these people.”

What about your book, WORKERS 工人. Where did the idea for that originate? In a nutshell, it was me looking at how the Olympics was such a particular time for this city, and the country. It seem to me that it was the first time the country had offered an open invitation to the world to come and see what China could do. I felt that it boiled down to a question of rebranding and who was involved in it. I decided to explore the site of the new Olympic park. The key thing that struck me was the power of the people, and the number of hands that China had, and the fact that everything can be moved around or shifted by these people. This is why I decided to put my focus on the workers. I wanted to explore who is involved in the rebranding and is that rebranding for an internal of external market? I told the workers that I would be there for two days, and that I would take a portrait of anyone who was willing, and that I would return to give them a print and to collect their names and names of their hometowns. In the end there were 143 people in the book. Looking at the portrait series there is an element of all 143 being alike – a symbolic worker – and yet they are individuals, which is revealed in their faces and their handwriting. It is also worth noting that hundreds, thousands, and tens of thousands of these migrant workers are working on things that their families might never see. Their relatives might have seen the Olympics on TV, but never have been able to afford a ticket, even if it had it been legal for them to do so. I like to imagine the portraits now pinned up in family homes across China.

Helen’s book WORKERS 工人, featuring the portraits of the Olympic stadium workers, is available at The Bookworm and online at www.soloshowpublishing.com 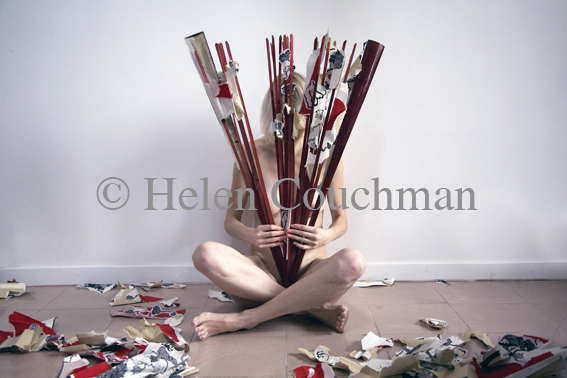 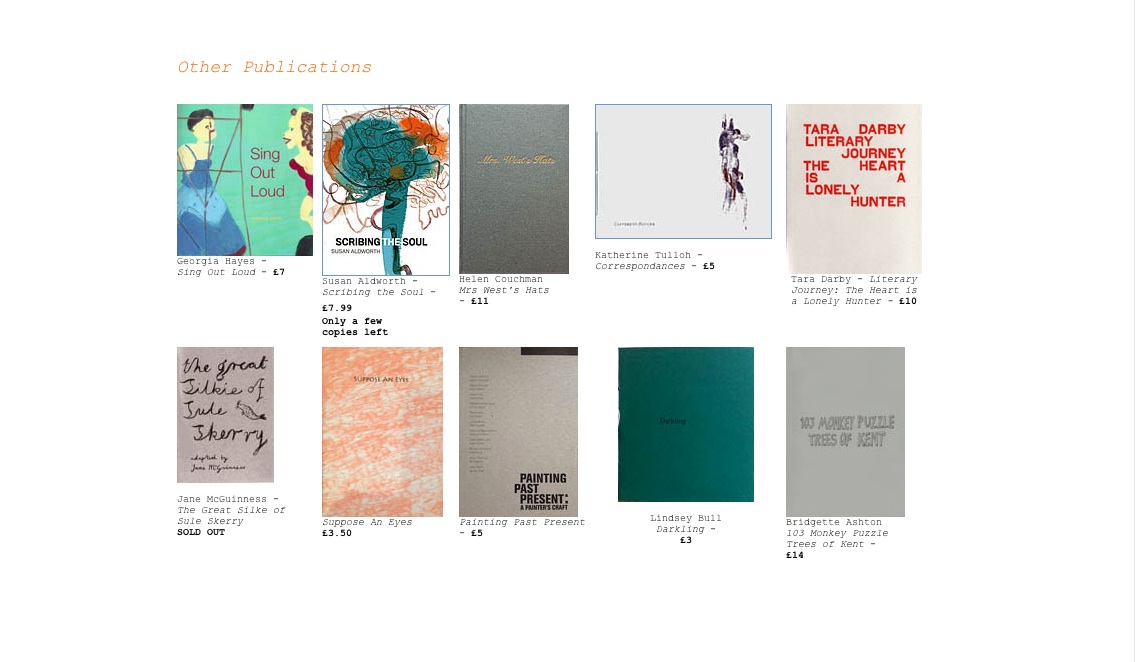